In 2019, a state of emergency was declared in Fort Lauderdale, Florida, after a water main break left nearly a quarter million people without water, with a boil water advisory in place for 48 hours.

The culprit? A contractor hit a 42-inch main during construction near the city’s executive airport… a main that happens to supply to the city’s principal water treatment plant.

In response, the city has implemented strict new guidelines regarding what contractors and others must do before excavating in the city.

In this roundtable, Fort Lauderdale’s new approach is discussed, as is a law in Colorado. The group also digs into the possibility of other cities and states following suit and enacting similar legislation and regulation.

I’m curious about your thoughts on something. Colorado passed a law, I think this was a year or so ago, requiring SUE investigations before any, I’m not exactly sure how it’s defined, utility impacted projects. So any time they’re digging in right of ways, et cetera, installing new utilities. Curious what your thoughts are… if you’ve tracked any of the impact there? Because it puts it on the utility owner, the asset owner, to require that investigation before they get any permits.

I’ve seen that happen in the city of Fort Lauderdale. They will not give a new utility permit unless they’ve done an investigation ahead of time to identify the precise location of all their assets because they’ve had so many damaged over the years. Curious from your perspective what you’ve seen. If you see other states going that way, requiring that?

Well, I would like to see other states go that way, actually. SB187, which was the Colorado law, really impacted the level of damages that were occurring. Believe me, they haven’t totally gone away. But, there’s been a significant impact in lowering the number of damages that have occurred because of that.

Essentially the law says, I’m paraphrasing, if they’re digging more than two feet in the ground and the project encompasses more than 1,000 square feet of contiguous area, they have to perform SUE. Which has been a significant benefit to the protection of the infrastructure that’s in the ground. I wish I had the stats as to how significant that has been, but I do know that it has been significant in lowering the damages.

I think one of the other things that the Colorado law also did, was it gave greater access to record information. Now if you call in a SUE ticket as a SUE investigator, within 10 days those utilities are supposed to by law, provide their record information to those persons requesting it. You then have at least the good basis of what you should be investigating out there.

I call record drawings wish-builts… we wish we’d built it that way. But that information is incredibly valuable when you’re out performing that investigation because you’re getting some of the clues, at least of the items that you should be able to account for in your SUE information.

I think the Colorado law has been very beneficial in that regard. I’m incredibly hopeful that other states will look at it. Pennsylvania does have something already in their law that is similar to that, but it didn’t have any real teeth.

Colorado’s does have significant teeth.

It goes straight to the Attorney General office, I believe.

And it can be a hefty cost.

In 1999, the Federal Highway Administration did a study with Purdue University. And they found that for every dollar spent on SUE, and I suspect this is true with private locate as well, they got $4.62 back in savings.

So, what is it 22 years later? I know more and more people are using private locating and SUE, by why is it that 22 years later after this landmark study, it’s still not broadly used?

That’s a good question. I think two of the probably indirect impacts on that are what we just talked about. One, that the Colorado law I think is going to start seeing some of that impact because they put it on the utility owners. A lot of the way these bid packages go out are, “Hey, this is what we expect. This is the timeline. Get it done.”

So when I’m talking to a contractor about doing a locate and we’re talking about right of way work, they’ve hit the 811, and that’s the end of the law. If they add private locating or a SUE investigation, that’s additional cost that they’re incurring on their bid. And half the contractors bidding may not do that. And so it’s either do that every time, maybe win some work. Or don’t do that, win some work and stay in business.

Let me clarify. If they put our cost in the bid, they may not win the work.

And then a lot of the other pushback I get is, “Hey, look. We hit stuff all the time, but it’s not our fault because 811 marked it wrong.”

I may hit something, but it’s not costing me, so I’m not seeing that cost ever. It goes to the owner or the contractor or the state, whoever.

So unless it is legislatively mandated that they incorporate this, there’s no incentive for them to do so. In fact, in a lot of cases, it’s a disincentive as costs are added to their cost of the project. It’s certainly not uniform, because there will be some that accept that cost and others that are, like you said, they’re going to wing it.

You would think, because SUE really has the value pre-bid, if I was going to do a big telecom project, 30 miles of fiber that I was putting in or whatever, it would be so beneficial to have all that information ahead of time. And then give that as part of the bid package to the contractors, because then they would know exactly how many utilities they were going to cross over. How quickly they could dig. If you said to an excavator, here’s 100 yards, there’s nothing there, dig as fast as you can, that guy’s just going to go. I mean you would think that the law, the contactor, everybody would want it done ahead of time.

Sure. No, I agree with that.

And just be a part of what’s done.

Right. But at the same time, I think like we’ve talked about Colorado where it’s legislatively mandated that that happens, the other states where it’s not, I think it boils down to a cost decision. Sometimes cost and time. Certainly, SUE takes time. We’re not going to be able to go out and process an entire SUE project, depending on the size and complexity, in a day’s time.

In a lot of these cases there’s a time to market issue, especially in fiber and stuff like that where they’re looking at how long’s it going to take for us from our concept to when we can turn this fiber on and start charging people for accessing it. There’s a quotient there that somebody has to come up with and go, “Okay, is it worth us investing in SUE? Or should we just blow and go and pray for the best?”

Right. And just fix whatever we break.

Right. Exactly. The implication is, and I don’t mean to make light of utility damages, but it’s like okay, so if in this process we hit a cable TV line, that’s a couple thousand bucks, no big deal. Well, you hit a water line or something like that, maybe it’s a little more expensive. As long as we don’t hit a buried electric or buried gas line, we’re probably going to be fine. It’s going to cost us a couple grand.

I mentioned Fort Lauderdale earlier. For those that may know, there was a water line struck, this is probably two years ago now, that was feeding their main water treatment facility. And so the whole city of Fort Lauderdale was out of water for several days, or at least one full day until they got it back up and running.

And so now, as a result of that as well as from what I understand a couple dozen other pretty high critical impacts, they said no, we’re not doing that anymore more. They haven’t required any SUE engineer stamp or completion, but they at least require ground penetrating radar and a private locate before any new utility is installed.

I think that’s prudent at a minimum. Certainly, you’ve got to go past 811. Because as we talked about a little bit ago, if there’s a handful of 811 people in the country that have GPR available to them all day every day if you will, that’s a stretch. With the amount of non-detectable facilities that are in the ground today, you’ve got to come at it with more than one technology.

The main difference is going to be that the private utility locator is not under the direction of the engineer that’s responsible for signing and sealing the document. Where that engineer has to evaluate that information and have a level of understanding of the competency of the folks that are out there doing it, that’s why that exists in the standard.

If you are not a captive employee of that engineer who is going do that, then how can that engineer know what your quality aspects were and whether or not you met the spirit or the scope of what he assigned that work to be?

Nowadays, many times the design is, other than Colorado, is mostly designed off record information to begin with.

That’s the cheapest way to do it.

Exactly. Exactly. Until somebody has indicated that it is required in some other fashion. And you’re going to find that with most of the DOTs across the country. They’re going to require SUE on a project because they want to avoid damages, interruptions to traffic.

A lot of the private designers or even some municipal designers, they’re going to design their project just based on available record information. And then most of the time, like you’ve probably seen, put that onus back on the bidders that are going to bid on that work and tell them that here’s the information that was available at the time. And now you have to go out and prove whether or not you can actually build this job the way that we designed it. 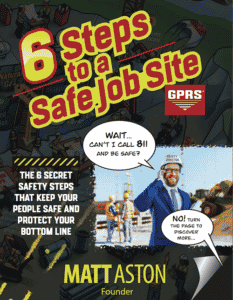